They are proud of all the men and women that have served in this firehouse but would like to highlight is Lieutenant Steve Reisman of Engine 307. Lieutenant Reisman served as a firefighter in the South Bronx and as a Lieutenant in Jackson Heights. He was a passionate member of the fire safety unit. He responded to the call and worked diligently on the pile after the 9/11 terror attacks and in 2014 he succumbed to cancer after his final brave battle. Lieutenant Reisman’s famous quote was “Feel the Love” and everyone who crossed paths with him felt just that. 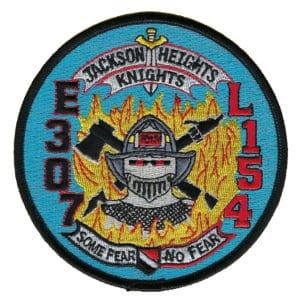